The importance of being understood 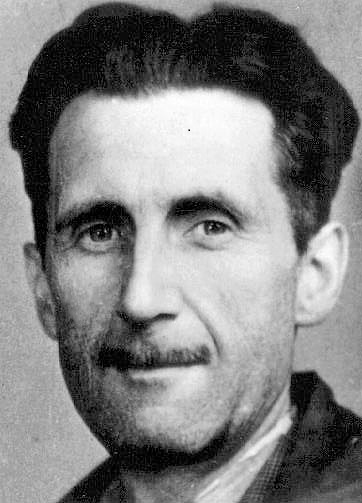 Like George Orwell (left) we have a pragmatic view of language. Language is a means of communication. If we can speak a language we can, in principle, communicate. If we fail to communicate then we need to change what we are saying OR how we are saying it.

Language should never be used to confuse or bewilder people. This is an abuse of the language. It is patronising if not offensive. We may make the occasional slip, for which an apology is needed: "Sorry, I meant to say..."

Regrettably, much of the language of psychology, psychiatry and psychotherapy is unclear, by intention. It represents a 'private language' - allowing communication only between fellow professionals, while bewildering others. As the dictionary states, professional jargon is: "obscure and often pretentious language marked by circumlocutions and long words".

People could be forgiven for thinking that much psychology (or psychotherapy) is "everything we ever knew in language we don't understand".

The Tidal Model emphasies clear, direct communication. Our first priority is to make ourselves understood. We favour using the kind of language used by the person to whom we are talking. As St Ambrose advised, "When in Rome do as the Romans....!

Communication can often be difficult. By using a common language there will be much less room for misunderstanding.

Since they are human persons we also chose to refer to 'men' or 'women' rather than 'male' or 'female'. The latter is a biological classification. It could refer to any species with two discrete sexes. Historically,  the terms 'male' and/or 'female' have often been used to avoid acknowledging the distinct personhood of the men and women concerned.

Our 'language policy' should be seen as no more than 'common sense'. Sadly, it is not.

It is almost 70 years since george Orwell published his essay - "Politics and the English Language". Orwell criticised the kind of language (most often political) which makes "lies sound truthful and murder respectable, and to give an appearance of solidity to pure wind". Many of these expressions find their way into ordinary speech, though we may well have forgotten their origins.

Orwell reserved his most severe criticism for language which was necessarily vague or meaningless believing that all such talk was intended to hide the truth rather than express it.

All the linguistic sins that Orwell complained about are to be found in psychiatry, psychology and psychotherapy - often referred to appropriately as 'psychobabble'.  Contemporary spoken and written English is full of jargon, 'buzzwords',  'weasel words', neologisms and catchphrases -all of which make direct communication more difficult.

The Only Rule: Speak clearly!

George Orwell said: "never use a long word where a short one will do". In our work with the Tidal Model we have tried to stay true to Orwell's rule. We want to communicate. We want to make ourselves understood. The best way to do this is to use the simplest and most direct language.

When we are working with people we try to learn their language - their natural way of speaking. This helps establish genuine rapport.(See The 10 Commitments)  We are not trying to show off our knowledge or vocabulary - we are trying to make contact with another person. The best way to do that is to speak clearly!